The role of a language teacher is no doubt one of paramount importance. One that surely takes a lot of dedication, commitment, preparation and above all talent. In fact, the role of any teacher, regardless of the subject taught, is a noble one. Having said that, I would like at the very outset of this article to pay tribute to all of you great teachers out there: I hand it to you, you really make a difference!

In this article I intend to address some of the issues related to our noble pursuit. Scenarios and situations we language teachers come across on carrying out our daily job, as well as certain aspects and factors relevant to the ELT world, particularly English language teaching in Brazil.

Let us now roll up our sleeves and get down to matters that some of you, the most seasoned teachers, are so familiar with.

“I´ll never learn this language. Why is it so complicated ?”

“My pronunciation is terrible. Why do I get it wrong every time?”

“I don´t think I have what it takes to learn English.”  And comments alike, you name them.

For those of you who have been on the “teaching road” for a while, the comments above may sound very familiar. How do you handle students like that? Well, I believe that first of all we should not be discouraged by such students and what they say. Remember that some of them may make these comments just because they have had negative learning experiences in the past. The most common negative learning experiences have to do with either one or more of the following circumstances: lack of a friendly, supportive atmosphere; an unprepared thoughtless teacher; an inappropriate textbook; a student who was learning English against his own will, that is, forced to study by his parents (some of you teaching teenagers or kids know what I am talking about).

But now it is your turn to change things around and show them just how fun and easy learning English can be, and from the very beginning it is crucial to put them on the right learning track. One key word should be brought up here: Attitude! It means a lot. I do believe it is one of our sub-roles as language teachers to help students break down any mental barriers they might have by providing them with the “right” learning attitude and atmosphere. Therefore, setting the appropriate learning mood is critical. One which is tension-free, relaxed, friendly, supportive and motivating.

Carrying aspects (grammatical, semantic, etc.) of the source language, that is, in our specific case, Portuguese, into the target language, English, is a natural tendency among students. That happens mostly at the initial learning phase when students feel the need to constantly refer to their mother tongue as if it was a sort of  “scaffolding”. With our guidance, however, as the learning process takes its course, students gradually and hopefully start to realize how independent source and target languages are and that literal translation is not always possible.

Let us look into some typical mistakes that stem from source language interference below:

Inappropriate use of the article

Inappropriate use of grammar and structure

O livro está com ela.   Source language
The book is with her.   Typical mistake caused by source language interference
She has the book.   Target language equivalent

Inappropriate use of vocabulary

Some of you may be initially baffled by the term “Brazilian English”. “What are you talking about?” I can hear you asking, right? Have you ever had any students who referred to “billboards” by using the word “outdoor” ? What about students who came up with the word  “smoking” when what they really had in mind was a “tux”?

This is what I mean by “Brazilian English” interference. We, Brazilian teachers, sometimes fall into the trap ourselves, I mean, because we are so used to these “Brazilian English” terms as they come up so often in our daily speech in Brazil, we may at times fail to recognize them as mistakes. Let´s take a look at the example sentences below:

I do cooper every day.  Typical mistake caused by “Brazilian English” interference
I go jogging every day.  Appropriate sentence

We should not forget though, that not all the English words and expressions incorporated into Portuguese have gone through a process of “adaptation”. Many of these terms commonly used in Brazil mean exactly the same as where they came from, that is, the English language. Words such as “personal trainer”; “hacker”; “workaholic”; “feedback”; “full-time”; “test drive”; “playground”, to name a few. Let´s see some examples below:

A personal trainer has helped me to decide what type of exercise I should do to lose weight.
Após invadir várias redes de computadores, o hacker foi finalmente preso.
After breaking into several computer networks, the hacker was eventually arrested.

How big a role does culture play in learning a language?

The answer to the question above is “a crucial one”, I´m afraid. Languages are culturally dependent. Certain words and expressions that stem from particular cultural aspects of a specific country or region are unique and may not have a counterpart in another language. In other words, our cultural backgrounds will always influence our mental files regarding a given subject and the language related to it.

If someone from Brazil is talking to an American friend and the word “Thanksgiving” comes up, for instance, both will have a different mental file regarding the subject. The American one is likely to have a much thicker file, and the mention of that word alone may trigger memories and mental images, such as of a “roast turkey”, for example. On the other hand, if the word “carnival” came up in the conversation, surely, the Brazilian friend´s file on the subject would most likely be more comprehensive than his American friend´s.  That is, during the course of a conversation, our minds are aroused by certain words and expressions which are meaningful to our cultural universe, and that all of a sudden cause us to flip through our mental file, which is, by no means, slim!

The number of words and expressions to describe something varies depending on how relevant it is for a specific cultural background. Whereas in most cultures there is basically just one word for snow, (of course we can qualify it as “thick snow”, “soft snow” and so on, and we do have expressions such as “blizzard” and “snowstorm”) I was amazed to find out that the Eskimo peoples of Northern Alaska have eleven words to refer to it, which is surely crucial to their everyday life.

I reckon the point I am making here should be crystal clear by now: you got it right, making our students aware of the crucial role culture plays is a must!

What do people really need to learn a language?

Several obvious “ingredients” could be mentioned to answer the question above. Some of them are: extensive, realistic and meaningful exposure to the target language; resourceful, dedicated and experienced teachers; motivation; a good variety of activities; a real need and/or desire to learn the language and last but not least, a pleasant, relaxed, friendly and supportive atmosphere where students can feel comfortable to let their thoughts flow and get carried away by the learning magic that takes place: the tripod, I believe, on which everything else stands.

Being aware of different learning styles is a chief aspect as well. You have certainly heard of students who say they can learn better when they “see things”, as for example, the new words and expressions they are learning clearly written on the board (visual stimuli) and others who find listening activities a key element to their progress (auditory stimuli), and still others, who feel they need to act out a dialogue in order to really grasp it! (kinesthetic stimuli).These diverse sensory styles are aspects that NLP – Neuro-Linguistic Programming, the study of personal and professional excellence, has helped us to better understand and take into account as teachers. That is why the above mentioned ingredient “variety” is so significant and we should always make sure to expose our students to the various stimuli: visual (written words and expressions on the board, DVDs, pictures, etc.), auditory (listening activities, dictation, etc.), kinesthetic (group activities, theater, games, etc.)

Wow!, what a tough job this English teaching business is, you may be thinking to yourselves right now. I can only agree. It is no easy task indeed, I mean, if you really want to do it right. That is precisely why it takes such specially talented people like yourselves!

I am well aware that I may not have covered in this article all the various issues related to our noble pursuit and their implications, but I do hope I have been able to shed some light on the “stage” language teachers work on. Hopefully this has also been a renewed opportunity to reinforce what a resourceful teacher should be aware of in order to carry out his duty with the utmost professionalism and ultimately get good results.

Bearing in mind all the aspects dealt with in this article I feel that a suitable and convenient way to wrap it up could be with a quote by William Arthur Ward, and which I am pretty sure you may have already heard or read somewhere: “The good teacher explains. The superior teacher demonstrates. The great teacher inspires.” 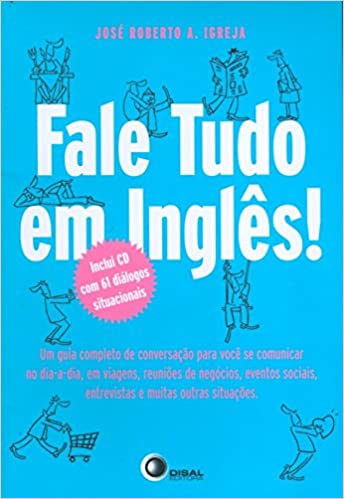