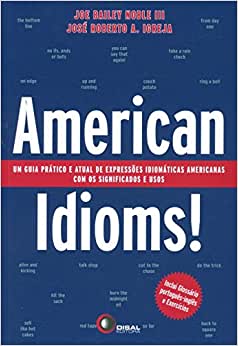 We are all aware that a sound knowledge of grammar and vocabulary alone is not enough to guarantee fluency and effective conversation in any language. With that in mind, the comments made by the “average” student below may sound familiar for those teachers who have been “on the road” for some time.

“I´ve been studying English regularly for the past six years. I feel comfortable with most of the grammatical structures of the language , including the Present Perfect! I am also familiar with the main verbs and vocabulary used by native speakers in everyday conversation and know how to properly apply both the auxiliary verbs and defective verbs (must ; can ; could ; should ; might ; may). So why is it that often, when watching an American movie or talking to a native speaker of the language, I have still a hard time understanding what is being said?”

Does the complaint above ring a bell? I bet it does. Our students complain that something is missing, and no doubt something is surely missing! When it comes to languages it is never enough to just know the basics. I mean, you may feel comfortable with the meaning of “enjoy something greatly” but what about the idiomatic “get a kick out of” which you are very likely to hear in colloquial everyday dialogues?
Along with slang, pronunciation matters and learners´ specific difficulties, idioms may be accountable for a great part of this so-called “void”.
That´s right! Idioms, the good and old idiomatic expressions!

Our students may perhaps understand very well when they hear that someone is “nervous and easily upset ” but may not be familiar with the idiom “on edge” which conveys the same idea. They will understand clearly when they are told that “someone is not drinking any alcohol anymore” but may not have a clue as to what the expression “on the wagon” means. They sure know what it means “to experience criticism or punishment for something you have done”, but may feel intimidated by the idiom “face the music”.

I like to think that the learning process of languages is made up of “layers”: the foundation layer , where all the basics come in, the middle layer where language is further developed, consolidated and recycled, and of course, the top layer, where all the “refinements” take place and where idioms mostly, but not exclusively, belong.

Idioms are bright, versatile and often bring “life” into speech. They are used to add style, set the mood (try telling someone you need “to get something off your chest “ …) and make an impact on listeners. In short, they are a crucial cog in the wheel of any language and that is the very reason why they are so very often chosen by native speakers over “ordinary language”.
Although they are usually thought of as more typical of colloquial language, they are in fact present in formal language as well and can be used to express just about anything. You name it and there is an idiom for the situation. If, for instance, you want to emphasize how pleased you are to see someone, what idiom can you make use of in this situation? That´s right : “a sight for sore eyes”. How about when you mean to say that someone looks exactly like someone else? Does “the spitting image” ring a bell? And what if someone is really well dressed? What´s the idiom for this situation? Ok , you got it right again: ”dressed to kill.”

I can already hear you asking for some more examples, so to make use of still another idiom, why not “cut to the chase” and finish off this article with the delightful idiom table below? Surely it is just a tiny sample (or, for idiomatic purposes, “a drop in the bucket”) compared to the amount of idioms existing in the English language, but hopefully it will be inspiring enough to remind you of the important role they play.

Obs. The definitions and examples below were extracted from the book “American Idioms!” by Joe Bailey Noble III and José Roberto A. Igreja – Disal Editora 2006