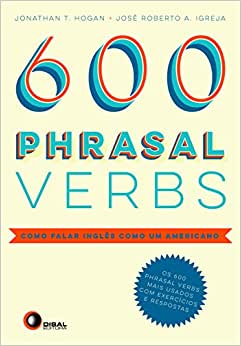 As you know, Phrasal Verbs play a major role in the English  language. These activities are meant to help our B2/C1 students come to grips with them. This time we are going to focus on the following 10 Phrasal Verbs: TOP OFF – CLAM UP – PAN OUT – ACT UP – CRACK DOWN ON –  SCREW OVER – HACK INTO – STORM OUT – FILL IN ON – FILL IN FOR

I – Meaning/Explanation of the Phrasal Verbs + Example Sentences

1. Top off: refill
Ex.: “I love coming to this snack bar for breakfast. The waitresses are cute and they always top off my coffee every few minutes.”, said Harry to a friend.

2. Clam up: stop talking suddenly or refuse to talk about something
Ex.: “When we asked Howard why Susie had not come with him he just clammed up.”, Connie told a friend.

4. Act up: a. misbehave; act in a silly or improper way
Ex.: Babysitters have to be very patient since kids often act up.

b. fail to function properly
Ex.: “My computer has been acting up again. It´s already shut itself off a couple of times today.”, Denzel told a friend.

5. Crack down on: deal with bad or illegal behavior severely; take severe measures against something considered undesirable
Ex.: “It seems that the police is launching a new campaign to crack down on traffic offenders.”, said Edward to his wife as he read the newspaper.

6. Screw over: treat someone unfairly; take advantage of someone; cheat someone
Ex.: “Seems like Gary´s ex-wife really screwed him over.”, said Barry to a friend.

7. Hack into: break into a computer system or network
Ex.: “It looks like someone´s hacked into the company´s intranet and altered some data.”, said Brian to a coworker.

8. Storm out: leave a place angrily
Ex.: Cathy got mad and stormed out of the room when Patrick told her she was a pampered girl.

9. Fill in on: inform or supply with information
Ex.: “Can you fill me in on what happened last night?”, Gregory asked a friend.

10. Fill in for: substitute for someone temporarily
Ex.: “Who´s going to fill in for Marcy while she´s away on vacation?”, Thelma asked the head of the department.

II – Exercise 1: Fill in the short dialogues below with phrasal verbs

Melanie: Hey Bart, why the long face? Is something the matter?
Bart: Yeah, I just feel so damn depressed!
Melanie: Gee, do you want to tell me what happened and get it off your chest?
Bart: I got _______________ by someone I thought was my friend.
Melanie: Really? I´m so sorry for you. Seems like we can´t trust anyone these days, can we?

Stephanie: What was the shouting all about?
Ruth: Ryan´s had another heated argument with the head honcho.
Stephanie: Really?
Ruth: Yeah, he _______________ of his office in a rage. He hasn´t talked to anyone since then.

Ron: So, did you guys have a good time last night?
Dave: We did. The new bowling alley is great.
Ron: Too bad I couldn´t make it. Did Sandra show up with her new boyfriend?
Dave: She did. We finally got to know Brian. He´s a cool guy really.
Ron: Is he? I´m looking forward to meeting him sometime soon. What about Emily, was she there?
Dave: Uh, listen, Ron, Barbara´s here, she wants to talk to you.
Ron: Great! I think she can probably _______________ me _________ the latest gossip! Talk to you later Dave.
Dave: Sure Ron!

III – Exercise 2: Click the link below to listen to the phrasal verb sentences and write them.

Fill in the short dialogues below with phrasal verbs

Listen to the phrasal verb sentences and write them.

4. Joey clams up when he´s around too many people. I think he does that out of shyness.